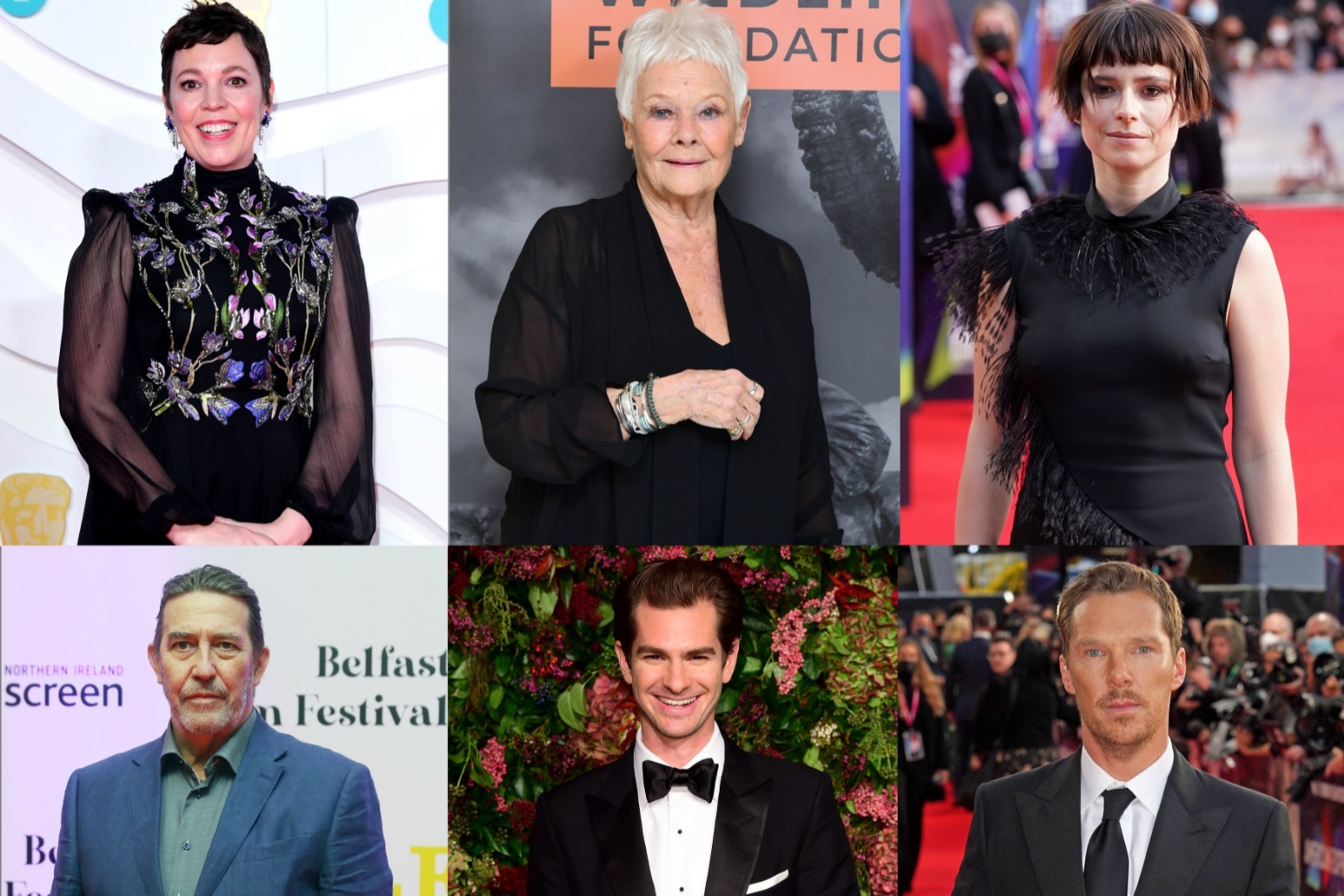 Benedict Cumberbatch, Andrew Garfield, Olivia Colman, Dame Judi Dench and Sir Kenneth Branagh are among the British stars in the running to pick up Oscars as the star-studded ceremony returns to full wattage on Sunday.

Cumberbatch is nominated for the best actor prize for his role as a cruel rancher in Jane Campion’s western The Power Of The Dog, which leads the pack with 12 nominations, but faces stiff competition from frontrunner Will Smith, who is nominated for his turn as the father of Venus and Serena Williams in King Richard.

They are nominated alongside Garfield for his role as Rent playwright Jonathan Larson in Tick, Tick… Boom!, Javier Bardem for Being The Ricardos, and Denzel Washington for The Tragedy Of Macbeth.

Campion has made history as the first woman to be nominated for the best director Oscar twice and is widely tipped to take home the prize.

She was nominated for The Piano in 1994 and would be the third woman to win the gong, after Chloe Zhao for Nomadland last year and Kathryn Bigelow for The Hurt Locker in 2010.

The Power Of The Dog, her return to the big screen following a foray into television, is nominated for 12 prizes, including best picture, while stars Kirsten Dunst, her partner Jesse Plemons and co-star Kodi Smit-McPee are all recognised in supporting categories.

Colman, who won the best actress Oscar in 2019 for her turn in The Favourite, has landed her second nomination in that category for her role as a mother reflecting on her past in The Lost Daughter.

She picked up a supporting nod last year for her part in The Father.

She will compete for the best actress gong against Kristen Stewart for her performance as Diana, Princess of Wales in Spencer, Penelope Cruz for Parallel Mothers, Nicole Kidman for Being The Ricardos and apparent frontrunner Jessica Chastain for The Eyes Of Tammy Faye.

Dame Judi and Ciaran Hinds are nominated for their performances in Sir Kenneth’s autobiographical film Belfast.

The black-and-white film, inspired by the actor’s childhood in Northern Ireland, has also landed the best director and best original screenplay nominations, while the film is in the running for best picture, with a total of seven nods.

Hinds, who was born in Belfast, is nominated in the best supporting actor category alongside The Power Of The Dog’s Smit-McPhee and Plemons, Troy Kotsur for Coda, and JK Simmons for Being The Ricardos.

Kotsur, who has won almost every precursor award, has already made history as the first deaf actor to be nominated for an Oscar.

Dame Judi is nominated for the best supporting actress prize alongside Irish star Jessie Buckley for The Lost Daughter, Ariana DeBose for West Side Story, Aunjanue Ellis for King Richard, and Dunst for The Power Of The Dog.

The ceremony will return to the Dolby Theatre this year after a Covid-safe event in a Los Angeles railway station in 2021.

Beyonce and Billie Eilish will be part of the musical line-up following their nominations for best original song for work on King Richard and No Time To Die respectively.

The nominations in full:

– Performance by an actor in a leading role

Javier Bardem in Being The Ricardos

Benedict Cumberbatch in The Power Of The Dog

Will Smith in King Richard

Denzel Washington in The Tragedy Of Macbeth

– Performance by an actor in a supporting role

Jesse Plemons in The Power Of The Dog

JK Simmons in Being the Ricardos

Kodi Smit-McPhee in The Power Of The Dog

– Performance by an actress in a leading role

Jessica Chastain in The Eyes Of Tammy Faye

Olivia Colman in The Lost Daughter

Nicole Kidman in Being The Ricardos

– Performance by an actress in a supporting role

Jessie Buckley in The Lost Daughter

Ariana DeBose in West Side Story

Kirsten Dunst in The Power Of The Dog

The Mitchells vs. The Machines

Raya And The Last Dragon

The Tragedy Of Macbeth

The Power Of The Dog- Jane Campion

Summer Of Soul (…Or, When The Revolution Could Not Be Televised)

The Queen Of Basketball

When We Were Bullies

The Hand Of God (Italy)

Lunana: A Yak In The Classroom (Bhutan)

The Worst Person In The World (Norway)

– Achievement in makeup and hairstyling

The Eyes Of Tammy Faye

Be Alive from King Richard

Down To Joy from Belfast

Somehow You Do from Four Good Days

– Best motion picture of the year

The Tragedy Of Macbeth

Affairs Of The Art

Ala Kachuu – Take And Run

No Time To Die

No Time To Die

Shang-Chi And The Legend Of The Ten Rings

The Worst Person In The World 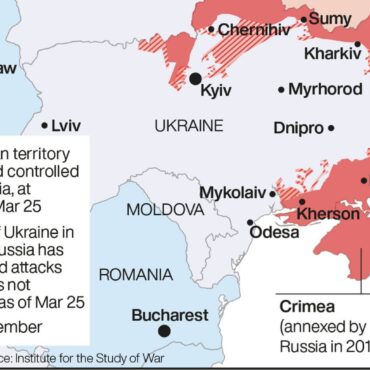 The Ukrainian city of Lviv has been rocked by a series of powerful explosions as US President Joe Biden visited neighbouring Poland. The onslaught from Russian rockets was a reminder that Moscow is willing to strike anywhere in Ukraine despite its claim to be focusing its offensive on the country’s east. The back-to-back airstrikes shook the city that has become a haven for an estimated 200,000 people who have had […]