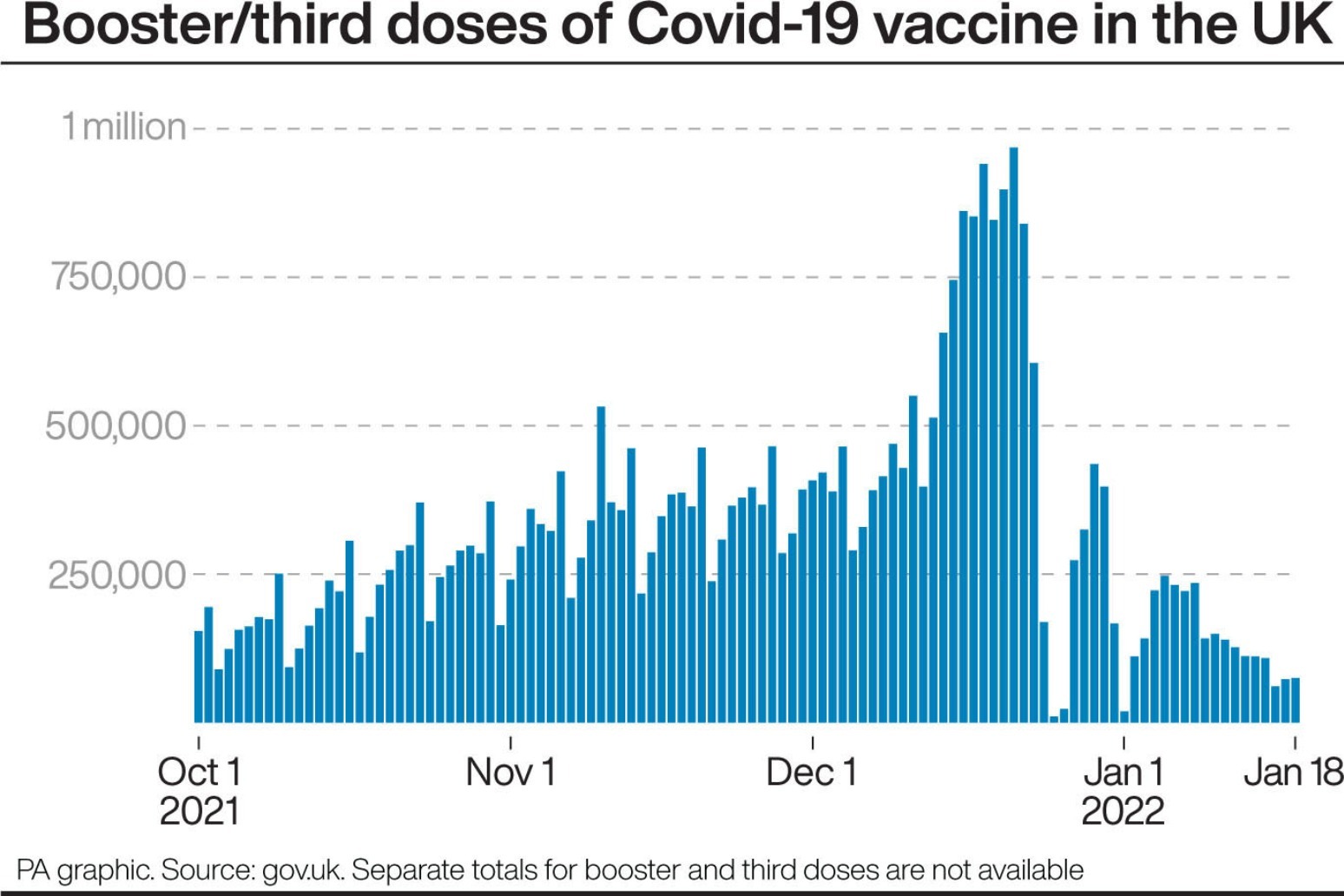 The average number of booster and third doses of Covid-19 vaccine recorded each day in the UK has dropped below 100,000, Government figures show.

It is the first time the average has fallen below this level since data on extra doses began to be reported at start of October last year.

The average currently stands at 95,490 booster and third doses a day, based on the week to January 18.

Nearly 69% of all adults in the UK are estimated to have received either a booster or third dose of vaccine – meaning just under a third have yet to have the jab.

Take-up remains lower among young adults, with just 44% of all 18 to 39-year-olds estimated to have received a booster or third dose.

All people aged 18 and over are eligible for a booster if they are three months on from receiving their second dose of vaccine.

Third doses – the other type of extra dose – are available eight weeks after a second dose to people aged 12 and over with severely weakened immune systems.

Take-up of extra doses in recent weeks is likely to have been affected by the level of Covid-19 infections across the country.

People are not eligible to receive a vaccine within 28 days of having had the virus.

Data published on Wednesday by the Office for National Statistics showed that an estimated 3.4 million people in the UK had Covid-19 in the week ending January 15, down from a record 4.3 million in the week to January 6.

Dr Emily Lawson, head of the NHS Covid vaccination programme in England, said: “We know that around seven million people are four or more weeks overdue their booster, but also that more than four million people have had Covid since the start of December forcing them to delay coming forward.

“I would urge anyone yet to come forward for their booster to make the most of the millions of slots available on the national booking service or attend one of the around 1,000 walk-in sites operating every day this week.” 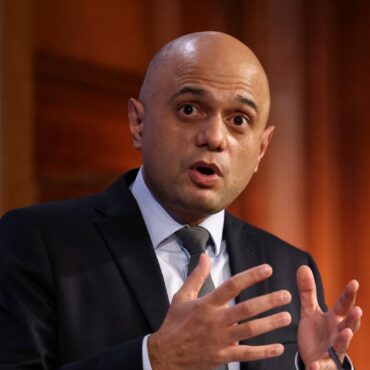 Mandatory face masks will no longer be required across England from next week while advice for people to work from home will be dropped immediately, the Prime Minister has said. Boris Johnson told MPs in the Commons he was axing Plan B measures, which also include the use of mandatory Covid passes for nightclubs and large events, owing to a decline in infections and a belief among scientists that the […]