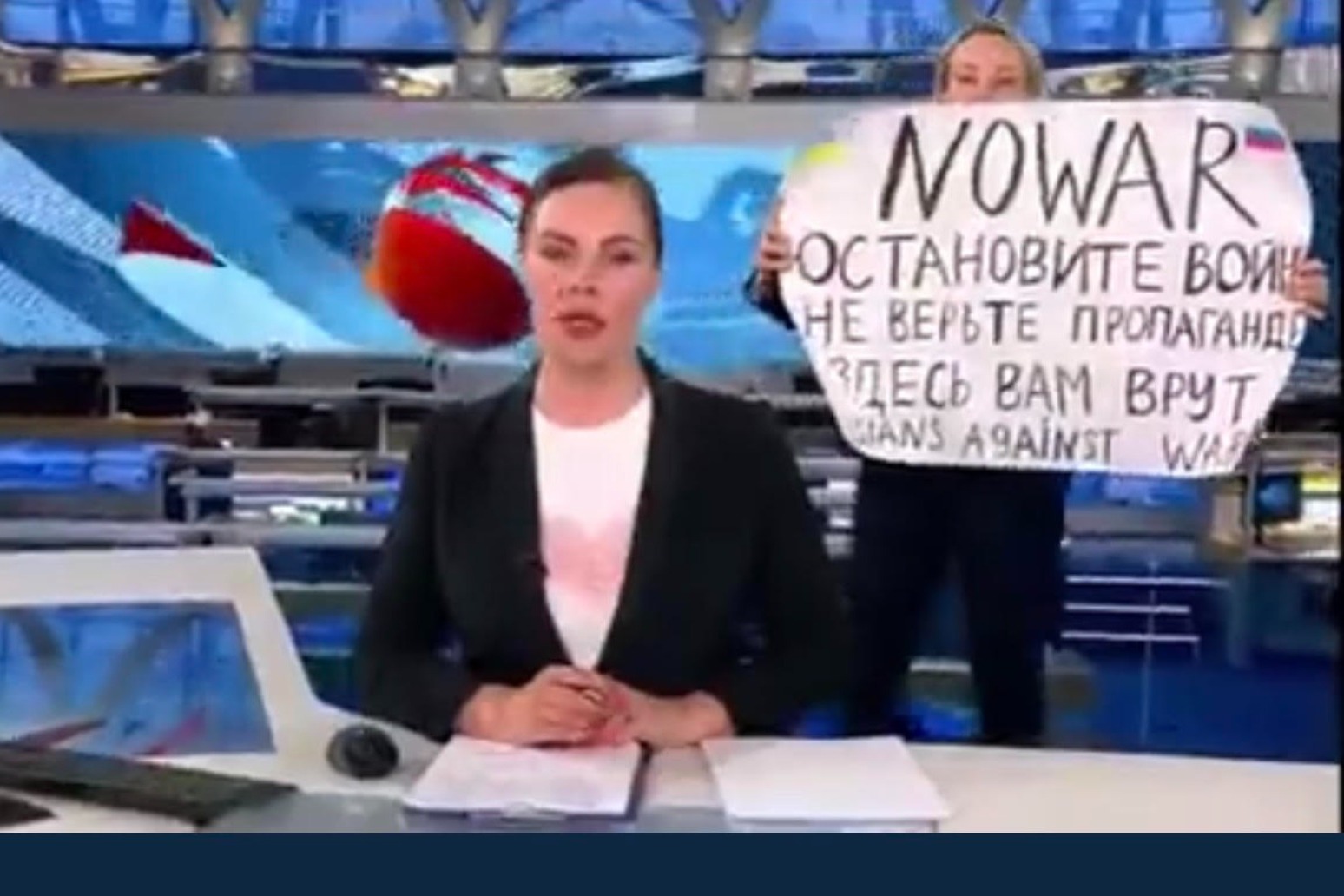 A live evening news program on Russia’s state television channel has been interrupted by a person who walked into the studio holding a poster protesting the war in Ukraine.

The moment was a risky protest in a country where independent media has been blocked or shuttered and it has become illegal to contradict the government’s narrative of the war.

An anchor was speaking during the newscast when a woman appeared on camera behind her holding a sign with “no war” scrawled in English across the top, with a message in Russian below calling on people not to believe Russian propaganda.

Within seconds, the news program cut away to another scene.

Russia’s state TV regularly amplifies the government line that says troops entered Ukraine to save people from “neo-Nazis” and to defend Russians from a country that was preparing to attack. The invasion of Ukraine is being characterised in Russia as a “special military operation”.

An independent human rights group that monitors political arrests identified the woman as Marina Ovsyannikova. The group, OVD-Info, posted on its website that Ms Ovsyannikova, who identified herself as an employee of the station, was taken into police custody.

Ms Ovsyannikova spoke out against the war in a video on OVD-Info’s website.

“What is going on now is a crime,” she said. “Russia is an aggressor country and Vladimir Putin is solely responsible for that aggression.”

People in Russia have limited access to information from outside their country.

Russian President Vladimir Putin recently signed into law a measure that criminalises the spread of information that is considered by the Kremlin to be “fake” news.

Media outlets and individuals who publish information that deviates from Mr Putin’s narrative are being targeted.

There have been blocks imposed on the BBC, the US government-funded Voice of America and Radio Free Europe/Radio Liberty, German broadcaster Deutsche Welle and Latvia-based website Meduza. 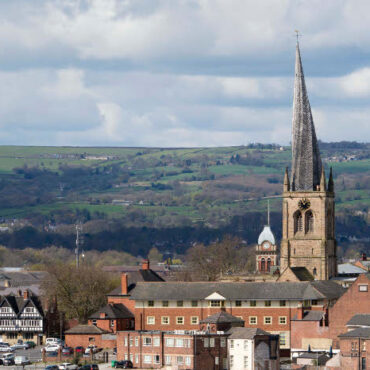 New proposals to build a road linking Chesterfield and Staveley have been drawn-up to cut congestion and open up land for employment and housing. Derbyshire County Council are asking residents and commuters for their views on the proposals for the £130 million Chesterfield Staveley Regeneration Route before finalising its approach to government for funding for the project. The project is designed to cut the amount of traffic using the A619 […]