Alfreton Town have tied down a number of key players to new contracts.

The Reds have also confirmed they will play Burton Albion and Chesterfield in friendlies ahead of the new National League North season.

James Rowe’s team will be at the Impact Arena on Saturday 17th July with a 3pm kick off. Burton Albion will head to North Derbyshire on Tuesday 27th July with kick off at 7.45pm.

Man jailed in connection with mini-digger theft in Chesterfield

A man who was caught driving a stolen truck, with a stolen mini-digger on the back in Chesterfield has been jailed. Jack Milner was spotted driving the recovery vehicle by roads policing officers on the A617 less than 20 minutes following a call about a mini-digger being stolen from Hasland. Police received a 999 call from a concerned member of the public who had noticed suspicious activity around a building site on Storforth Lane around 4.40pm on Thursday 11 March. […] 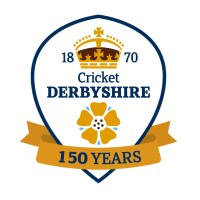