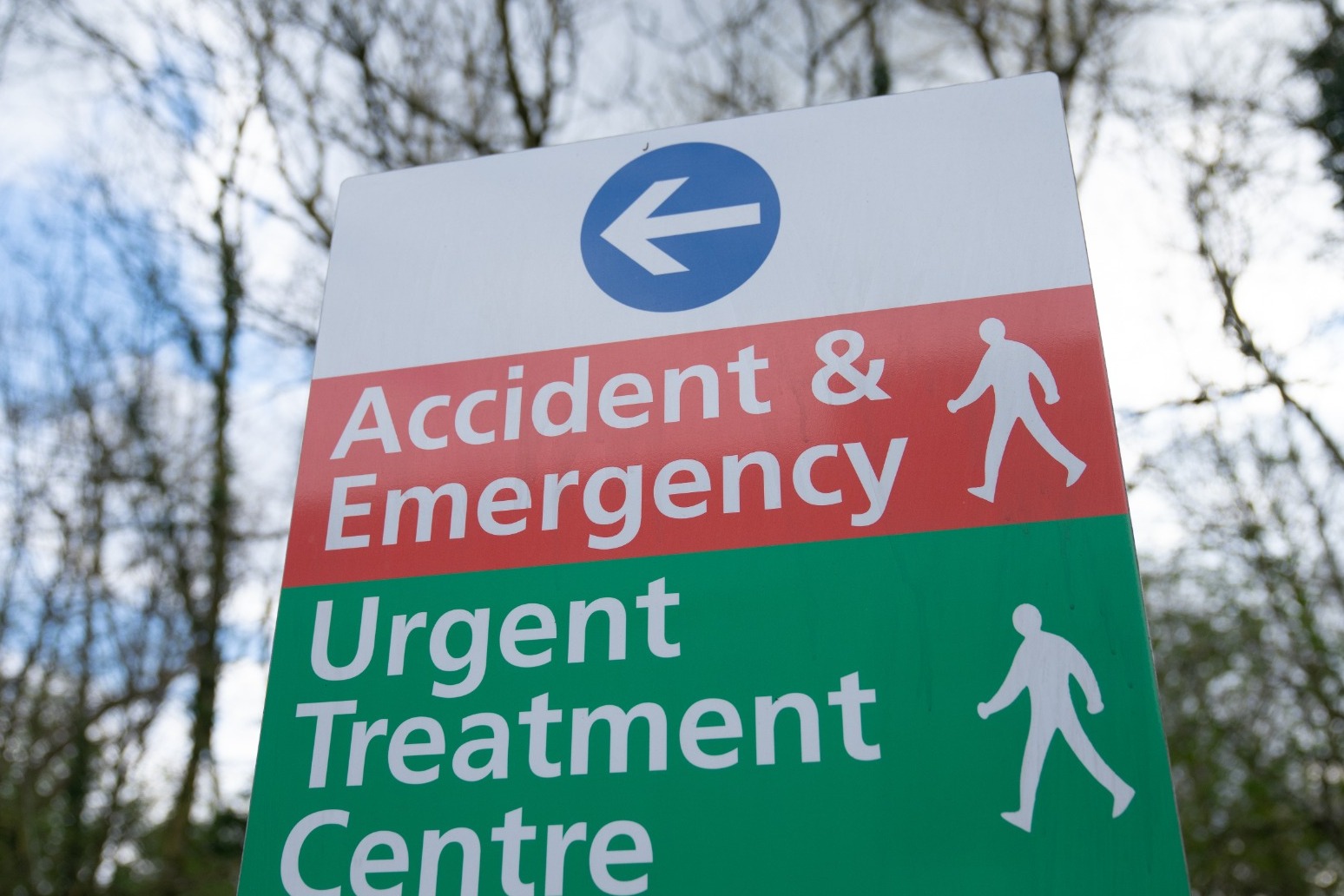 The proportion of people waiting too long at Scotland’s A&E departments has matched the highest level on record, new figures show.

A Scottish Government target aims to ensure 95% of those at emergency departments are seen and subsequently discharged or admitted within four hours.

However, the figure was just 66.2% in the week to April 10, matching the previous low level recorded in the week up to March 20.

The figures from Public Health Scotland show 7,705 of the 22,774 people who attended A&E waited more than four hours.

Meanwhile, 2,373 people waited more than eight hours and 944 were in hospital for longer than 12 hours.

Of the health boards in Scotland, NHS Forth Valley recorded the lowest level of people seen within four hours (54.7%), followed by NHS Lanarkshire and NHS Borders, which recorded levels of 58.7% and 60.7% respectively.

NHS Forth Valley has only one hospital with an A&E unit – Forth Valley Hospital in Glasgow – with the hospital’s performance better than some others.

The Queen Elizabeth University Hospital in Glasgow dealt with 42.1% of patients in A&E within the target time – the lowest proportion of any hospital in Scotland – while the Royal Infirmary of Edinburgh also saw just under half (49.9%) of patients within four hours.

A spokeswoman for the Scottish Government said: “The Covid-19 pandemic continues to put pressure on hospitals and this week’s performance against the four-hour A&E measure was 66.2%.

“However, the figure is likely to be an undercount and direct weekly comparisons are difficult as NHS Highland was unable to submit complete data due to a technical issue.

“We continue to see high levels of Covid transmission and people in our hospitals with the virus, but there are some indications that numbers are stabilising.

“Hospitals face capacity issues as a result of high demand and staff absence while the high number of patients presenting acutely unwell is leading to longer stays.”

She added: “NHS staff have worked incredibly hard during the pandemic and they have our thanks for the care they continue to provide the people of Scotland.

“Today the Scottish Government has announced that health boards have recruited more than 1,000 additional healthcare support staff and almost 200 registered nurses from overseas to help address the unprecedented challenges facing health services. Arrangements are in place to recruit a further 203 overseas nurses.”

“I fear we’ll get the now familiar sound of silence from Humza Yousaf,” he said.

“It’s completely unacceptable that more than one-third of patients are having to wait over four hours to be seen, because these excess delays lead, tragically, to avoidable deaths.

“We’re past the recent peak of Covid infections, so the number of NHS staff absences ought to be easing.

“The problem is that the SNP Government’s appalling workforce planning means there is no slack in the system, and so there are staff shortages across Scotland’s NHS and, especially, in our emergency wards.

“A&E, like our health service generally, is on its knees and yet the SNP’s only solution for the crisis is the Health Secretary’s flimsy Covid Recovery Plan, which simply isn’t cutting it. Patients and shattered staff deserve so much better.”

“A&E services have been in critical condition for months now, but the SNP have failed to act.

“Heroic NHS staff are working tirelessly to keep things running and keep patients safe, but there is only so much that can be done to paper over the cracks of SNP failure.

“Lives are at stake here – we cannot let this chaos become the new normal in our emergency rooms.

“The SNP must act now to support A&E services and tackle problems like delayed discharge, which are piling pressure on to services.”

Scottish Lib Dem leader Alex Cole-Hamilton urged the Scottish Government to “set aside” work on another independence referendum – with some civil servants devising a new prospectus for an independent Scotland – and repeated calls for an inquiry to be held into the state of emergency care. 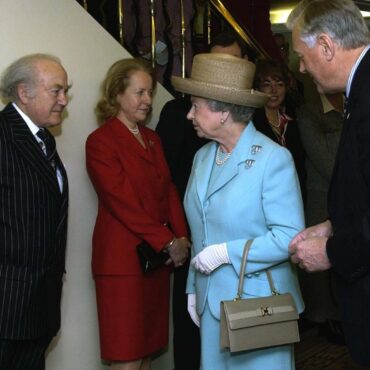 Newspaper veteran and entrepreneur Sir Ray Tindle has died at the age of 95, it has been announced. Sir Ray was the chairman of Tindle Newspapers, stepping down at the age of 90 but remaining as company president, with his son Owen taking over from him. An announcement on the company’s website described him as a “newspaper man through and through” and hailed his “life-long commitment to, and passion for, […]